I am lucky to be influenced by numerous teachers and researchers in early days, by their innovation, pursuit and attitude. And I believe it is an honour as well as obligation to pass on the knowledge, perseverance and their stories. You can occasionally find me at 5406, School of Software building at SJTU.

Some extra materials for pubs

A Tale of Two Erasure Codes in HDFS. The 13th USENIX Conference on File and Storage Technologies (FAST '15)
ICAC'13

Secure the Apps in Your Pocket

We design AppAudit, a program analysis tool that checks if an Android application leaks sensitive personal data. AppAudit has three use cases: 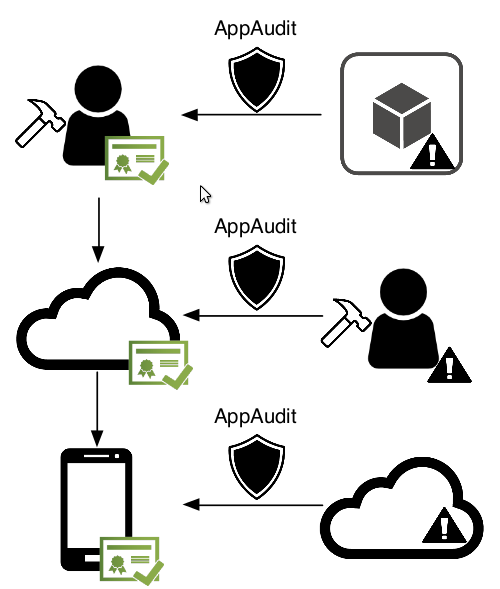 Ever tried the privacy browsing mode of web browers? Now AppBox extends this to all Android apps. AppBox is a universal sandbox for Android apps. Apps that enter AppBox appear like newly installed and have limited accesses to system resources and user data. When app exits from the AppBox, all traces and data produced are scrubed, like it never happened.

Hey, Your App is Draining Battery for Leaking Memory

When programming mobile applications, memory leaks would be a common but tiny mistake, since they never get noticed unless the program crashes due to memory outage. However, we surprisingly find that memory leaks lead to more on mobile devices. When this happens, the system has to kick out normal apps to accommodate leaking ones. This causes some apps to be loaded repeatedly, slowing down the device and drains the battery. Our study confirms that this is not rare among real mobile applications.

We provide a tool-chain written in Python to capture, replay, manipulate and analyze the live user interactions with a smartphone. Our record-and-replay capability is universal for all Android boxes. The manipulation and analyses can be highly customized with Python code. See a video showing record-and-replay AngryBirds.

A Tale of Two Erasure Codes in HDFS

Enterprises continue to invest more and more disks to store growing data. Now petabyte-scale data poses a great challenge on the maintenance cost (for replacing dead disks), which largely confines the scalability of big data systems. Erasure coding is the technique that can store the same amount of data with 50% fewer disks, but at the cost of greater costs to recover unavailable data. In this paper, we explore novel erasure coding inventions and system techniques to tame the challenging recovery cost.

Nowadays, enterprises and campuses virtualize their infrastructure to cut down capital cost and enable better IT management. Due to a mix of workloads, these VM deployments usually encounter IO spikes during some periods. In this work, we aim to understand IO patterns of these deployment and propose an automatic tool to reconfigure storage to better serve VMs.

The small screen and touchscreen interactions of mobile devices could be uncomfortable for users in a moving vehicle. To overcome this limitation, we propose a rich set of gestures for performing fine-grained interacting with mobile device in a vehicle environment. Our system carefully picks gestures to allow easy control of vehicle applications (such as navigation, audio playback and phone call). Our algorithms overcome various road conditions that affect gesture recognition accuracy. This is an on-going project and we have a simple demo here:

Programming a mobile-cloud application is hard considering the efforts of synchronizing data, managing different views, consistency and performance. We provide SLIM, a library that provide STL-like interfaces while distributing data across the device and the cloud. SLIM reduces the programming efforts by providing interfaces familiar to developers along with various pre-defined policies that address common trade-offs. This project is an intern project with Microsoft Research Asia and has been published on Asia-Pacific System Symposium 2011.

CounterStrike is a classic first-person shooting game. We made it cute! You will see cute buns moving around in a 2D dust2 map! CuteStrike allows you to challenge AIs we design or play with real people over network. 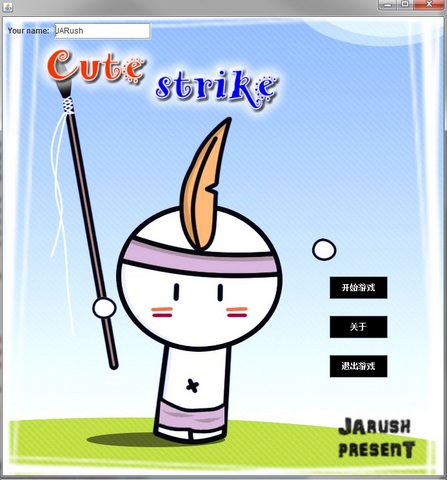 The main screen of the game. 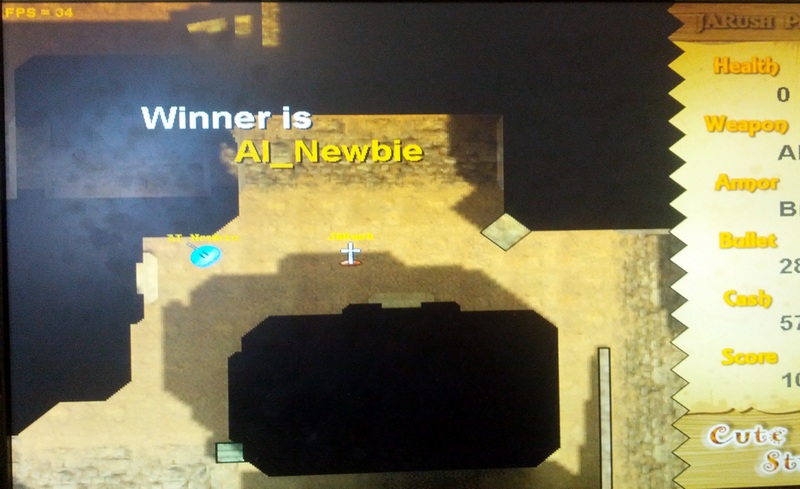 I got caught by the noobs AI while taking the photo. 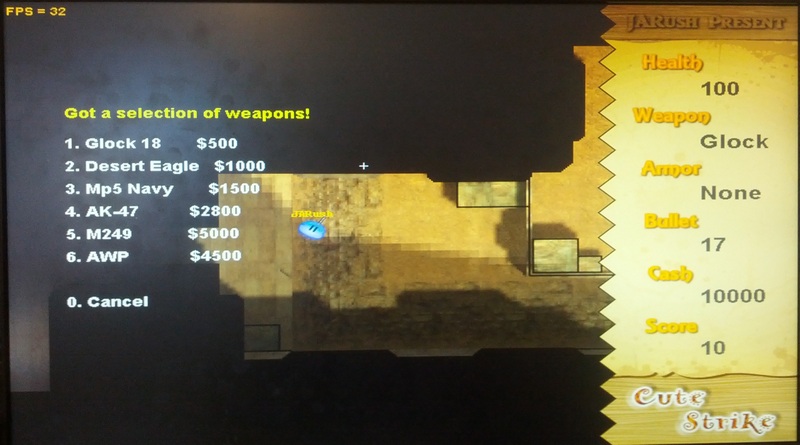 This is a geeky toy I made when I was 14. You give me a VB6 program and I give you the source code. VB6 stands for Microsoft's Visual Basic 6, a language that produces GUI programs in minutes! VB6 is straightforward and easy to learn and was once the most popular and successful language for GUI programs. Dumpvb6 did a hacky job by present the source code of a compiled VB6 program, which exposes all its secrets. Due to potential copyright concern, this project is only for academic purpose and not intended to be released.